Skinny Marie was not bred by us and she never produced any puppies for Kemar.

She had a higher calling.

Skinny Marie is our reason for NOT breeding several litters per year. She's our reminder that there are a LOT of dogs out there with no homes or with inadequate homes owned by people who do not think of a dog as an extension of family.

She is our example of how God loves us no matter what we do.

Skinny was found as a stray in Indianapolis, Indiana by a friend of Whippet breeder Annie Kelsey. She weighed in at a whopping 12 pounds when found, had chemical burns on her head and body and her little feet were raw from being on the road so long. She was full of parasites and obviously on her last legs. She had a grade 3 heart murmur. Annie took her in, got her stabilized and on the mend and she came to live with us about 3 months later. She lived for 4 years with her worsening heart condition, taking daily medications. She never got above about 18 pounds, but you would never know she was this tiny little thing with a heart condition! She ruled the roost here!

She and Bridget became fast friends and you never found one without the other far away. They slept together -- usually draped over each other, played together and ate together. There was never a cross word between them.

When Bridget's health started failing, the bond became even tighter and when we had to make that terrible decision to let Bridget go, Skinny was with us to say goodbye. At the very end, Skinny draped herself over Bridget as Bridget took her last breath. I've never witnessed such devotion between animals before.

I did a memorial to Skinny on YouTube - I hope you can get an idea of what a special little girl this was and why she captured our hearts.

Blessings on all of you who take a homeless dog into your heart to love and cherish. Animals are a living example of Jesus' lessons to us about how love freely given is returned three-fold to the giver. 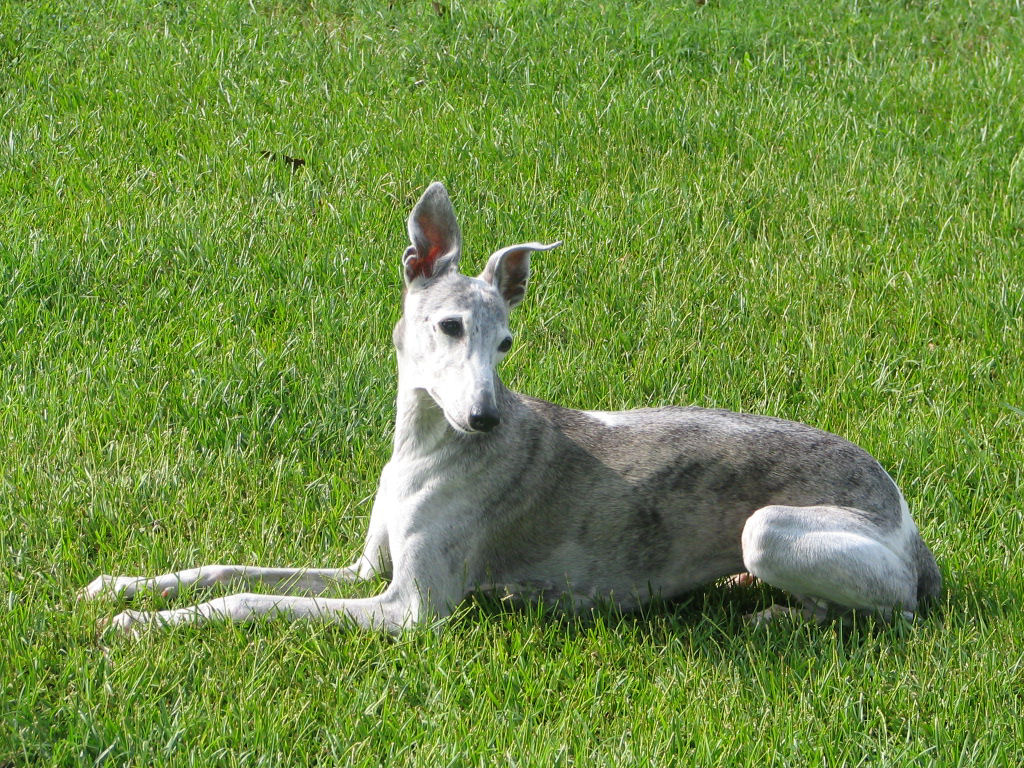