See how they grow on the
Puppy Page 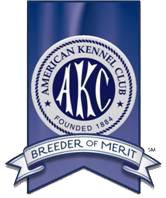 Welcome to the Sight Hounds of Kemar

We've been owned by Whippets since 1989 and by Cresteds since 2000. The two breeds, despite their differences in appearance, are similar in temperament and get along very well together.

While being proud of the accomplishments of our dogs, we are most proud of being volunteers for WRAP. We've rescued and rehomed many Whippets both through WRAP and independently along with rescuing and re-homing other breeds! If you look closely, you will see the "S" permanently tattooed on our foreheads. Several of our most beloved dogs have been rescues that came and just never left. Among our most beloved was Skinny Marie We lost this sweet lady along with Bridget who was her companion in January of 2008. You are still in our hearts Skinny!

We very rarely breed dogs, but that hasn't kept us out of the show ring! Having great friends and breeders who share our belief that good temperament is as important as good conformation, we have been graced by the ownership of three lovely Ableaim dogs. Ch Ableaim's Kallikrates(Tigger) was the first. Tigger finished his championship and is living the life of the retiree here at Kemar. Ch Ableaim Nikki's Not Naughty (MUCH) finished her AKC Championship title in July of 2011 and is now living with Raven in North Carolina. Ch Ableaim's Route Sixty-Four who just completed his AKC GRAND Championship in August 2013 is now retired from the show ring and living the life of a king with his new owner David Schwartz in North Carolina.

HOT NEWS!! 5/3/2015 -- Kemar's Pawsitive Experience, SC is now Kemar's Pawsitive Experience RN!! She earned her third and final leg for this title 5/3/2015 at the grand age of 12!! She became the first whippet to earn the WCRL Rally Veterans title in March of this year and she also garnered an Award of Excellence and two first places! We are so proud of Rosie-Bear and her lovely, talented and dedicated human, Erin!

In August of 2013, we were fortunate to be at the shows in Salem, Va where Cal Perry and Yvonne Sovereign shared our set up. Yvonne had a then 4 month old red and white female puppy returned to her by an owner who found she just was not able to juggle a puppy, a job and caring for her parents. That combination of events resulted in us getting Lola -- Now GCh Sowagla Appraxin Island in the Sun who, the day before she turned 6 months old was awarded Best Puppy in Show at the Augusta Kennel Club show. Lola was Reserve Winners Bitch the next day and has done very well since then. She earned a 4 point major in Concord, NC in March of 2014, several singles on the January 2014 Florida Circuit and was awarded her second major (3 pts) at the Greenville Kennel Club show July 25th (also "dad's" birthday -- what a birthday present!!). She completed her AKC championship a year (almost to the day!) later at those very same Salem, VA shows by going Best of Breed over specials for a 5 point major! Cal would be so proud! She continues to WOW us with her beauty and personality. We are so excited to have Lola and so grateful to Yvonne Sovereign and Cal Perry for allowing her to come and live with us. She has begun a new career -- that of RACE DOG! She LOVES racing! We don't get to go very often, but in just two race meets she has garnered 25 points towards here Performance Racer title (50 required) and 4 towards her Title of Racing Proficiency (10 required)! She also has plans for becoming a mother in the not-too-distant future. All arrangements have been made and we are just waiting for mother nature to kick in.

Dogs from our breeding are still gracing the show, obedience, and rally rings along with lure and race fields! Butterfly's siblings, children and grandchildren are doing us proud! Brother Jovi earned his CGC (Canine Good Citizen) then followed up with his BN (Beginner Novice) as well as earning his SC (Senior Courser) titles from AKC for owner Charlotte Sokol. Brother Ash has earned his THD (Therapy Dog) title, RN (Rally Novice) followed by his RA (Rally Advanced) and is working on his BN with the guidance of his owner, Kaye Martell. Not to be outdone, sister Tara has an amazing array of titles to her credit all thanks to the dedication of her owner, Janet Andrews. Tara has her TT (Temperament Test), THD, SC, RN, RA, OTR (Oval Track Racer) and CR (Companion Racer). Although we lost her to kidney failure, Sister Scarlett was not to be left out!! Scarlett completed her ASFA Fch (Field Champion), MC, RN, TRP and CGC titles before going to the bridge in May of 2013.

Butterfly's son, Fritz earned first his AKC Championship then Grand Championship before he turned 3 years old. Fritz has begun a career as a race dog! He's not the fastest dog out there -- he wins the turtle award pretty frequently, but he sure is having fun chasing the bunny! And it's lots of fun watching him! BUT he's got almost enough points for his Title of Racing Proficiency! Just needs 2 more! YAY Fritzie!

There is a lot more planned for the dogs of Kemar in the coming year, so check back often! If you are interested in a Whippet or a Crested, please contact us.

We have a "hairy hairless" female Crested available. Pearl is a year old and uses a litter box. She is already spayed and is up to date on all vaccinations. Unfortunately she had a condition called dry eye and had to have one eye removed as a 4 month old puppy. She is completely recovered from that and is a happy, playful little girl who is ready to give someone a lifetime of love.

If you are interested in Pearl or want to be on a waiting list for a future puppy, please complete this Application. When you click the submit button at the bottom of the form, it will notify me of your interest. Thank you!